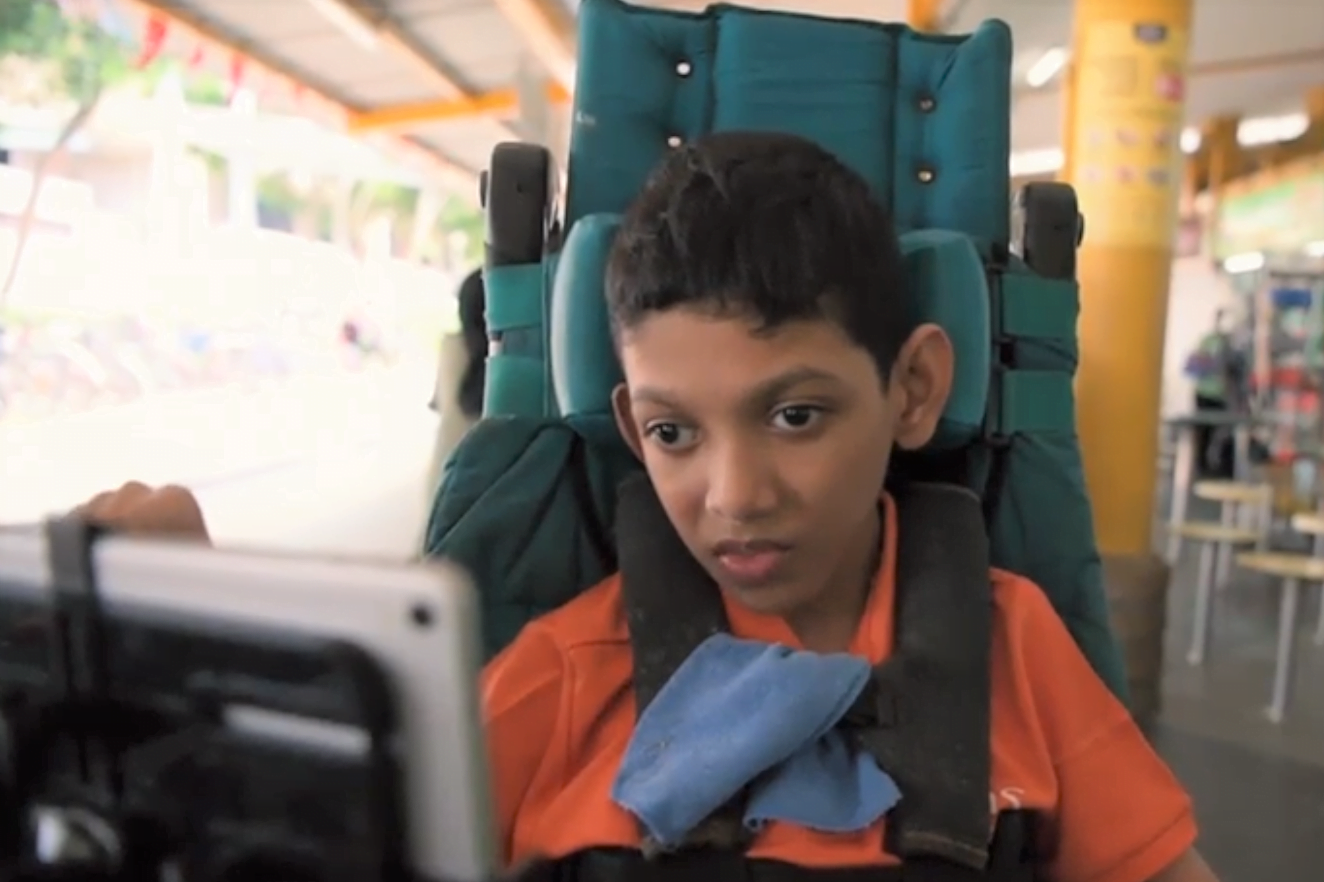 CPAS School student Sayfullah had his story featured on Channel NewsAsia. Watch the video here. When she first learned the news that her son was diagnosed with not just cerebral palsy (CP), but quadriplegic cerebral palsy, the most severe form of CP, his mother was devastated, and above all, lost. Quadriplegic cerebral palsy is characterised by the loss of motor skills caused by brain damage, impairing Sayfullah’s ability to speak and in turn, be heard. While his mother can decipher her son’s speech, others who do not know him may not. Voicing her concerns over her son’s ability to communicate clearly with those around him, she emphasises the importance of a communicative device like an adapted iPad for Sayfullah. Assistive technology in the form of Touch Chat, an online application, capitalises on Sayfullah’s motor skills to help him translate his thoughts into coherent sentences. Touch Chat enables him to spell and form sentences by combining different symbols. After he constructs a sentence, an automated voice reads out the message. Now, with assistive technology such as Touch Chat, Sayfullah is able to better express his thoughts and emotions to help others understand him. It turns out that Sayfullah is quite the chatterbox! Sayfullah is now learning how to use a joystick to navigate his laptop and iPad. His mother has high hopes for his future, believing that with practice, Sayfullah can go on to accomplish even more.

Any cookies that may not be particularly necessary for the website to function and is used specifically to collect user personal data via analytics, ads, other embedded contents are termed as non-necessary cookies. It is mandatory to procure user consent prior to running these cookies on your website.